A downloadable game for Windows and Linux

In the town's afternoon glow, someone disappears.

In the far reaches of the sea, away from winds of commerce, something is dying.

All doors close, in time. Will you return from your journey?

A story of human connection.

Thank you for playing.

go under the ocean you must... and when you come back,...

I was intrigued by the language learning premise but I sadly came away frustrated and feeling stupid. I found a lot of worms, a tv remote, and the IS whistle from the conference place but can't find this island the girl there mentioned. The only "phrase" I've learned seems to take me back to my last save point. I wish I could experience the things people are describing below.

Reading the comments, I feel like I haven't played the same game. I just feel stuck all the time. I got 22 worms and the memory bell something. Got back to the city and I have nowhere to go. The game feels pointlessly cryptic

Interesting game so far. Not entirely sure what I'm supposed to do, but I definitely want to figure it out.

I did find a bug during my playthrough. Got warped to a beach house area, and following the conversation that takes place, I was warped back to my original location but was then unable to move around or use the speak function.

As a first ending, I got "release". There are so many things I could possibly have done, that I'll be coming back for the other ones. Please never stop making games, this is easily one of the best I've ever played.
As for how I even found this... through the OST, that happened to be newly uploaded to bandcamp when I browsed out of boredom :

...and now, "Cycle's End" ending. Surprised I didn't get annihilation yet! :D

edit: nevermind! got it too

thanks for your kind comments! it means a lot! only 2 endings to go...

+ the title screen is one of the best ever, that glowing warping rock is beautiful

Hi! I've been enjoying the game's atmosphere, but I've been stuck in Subsurface for a couple hours now. I've found a variety of secrets such as a short phrase which I then used to obtain longer phrases to bring back to the one creature with the light, and I managed to make a new scene occur after this which led to a buncha worms and orbs sprouting out all over the place, but it's not clear if this has had any other effect? I also have no idea what to do with the memory items. I've found the dark room with the five little glowy, floaty guys and the other secret with the doorway covered by what seems to be worms? I've scanned the "perimeter" of the main chunk of land and I've found 3 entrances (including the one underneath the large figure that I'm assuming is Tiamat). I feel like there's a wall somewhere I've not thought to walk through? It's a bit difficult to tell what I'm missing.

Edit: Oh! I see. I found the annihilation ending!

I've really enjoyed First Land! Between the visuals, ambient sounds and music, it's been an experience. However, once I got to the Subsurface, I got extremely stuck.

I found the worm at the end of the temple area that sings a symbol, another that opens a portal to the save crystal and the creature in the dark behind the door, and the one among the domes that seems to want a sacrifice.

I also found the IS whistle, but have yet to find a use for it, but have tried it in as many places as I can find. Some hours in, I discovered from the comments here that there was a speak function, but I still haven't found  that it solves anything, despite restarting the game and taking pictures of the four phrases found in the memory sequences and using all of them everywhere. And I've found the secret area just past the mural room with the blocked door at the end of the hallway. I've also gotten I think three or four memory items, but used all except for one memory of silence. I'm at a complete loss for what to do.

there is another secret area you might have not found yet... i think everything will click once you do! five hanging heads... good luck! and thanks for playing!

Hello. I found a large amount (over 100) of inert worms and had deposited them into the strange disc, saved my game and later quit. But when I reloaded the game, the disc now contained 0 worms and my inventory of worms was still gone. Is this a bug??

(replied elsewhere to avoid spoilers) not a bug, but i will change this behavior to avoid what you described!

The story, environments, and creatures are incredibly interesting and fun, but the speak mechanic is confusing and the manual does a poor job of explaining it. I found a word levitating over a body with what appeared to be a globe for a face, so I tried saying it to one of the flying hoop creatures, but I've been unable to type the symbols. Sometimes when I press the i j k l buttons it moves through the symbol list, but other times it types the symbol, so I have no idea how to get it to work. To make matters worse the backspace button does nothing, so every time I type in the wrong symbol I had to press the speak button then start over.

thank you for playing! the talking mechanics are intentionally vague, but as a hint: the ones you type with the "i" key are somewhat different. the rest all work in combinations of two sub-symbols to make a symbol. hope that helps! i will add backspace in an update probably tomorrow

so that backspace update?

sorry it took so long, i was busy with work. it should be up now!

stuck in a back hall with a bunch of dumpsters. the doors won't open? am i missing something? game is beautiful.

one of them should open, check all of them! otherwise its a bug 😅 thanks for playing!

I'll try again - one of the two doors made a "swinging" sound, but didn't open. Thanks!

Hey, I think I found a bug. After going down a spiral staircase if you stick to the left on the small passage you will get stuck in the corner. Here are some screenshots for better reference. 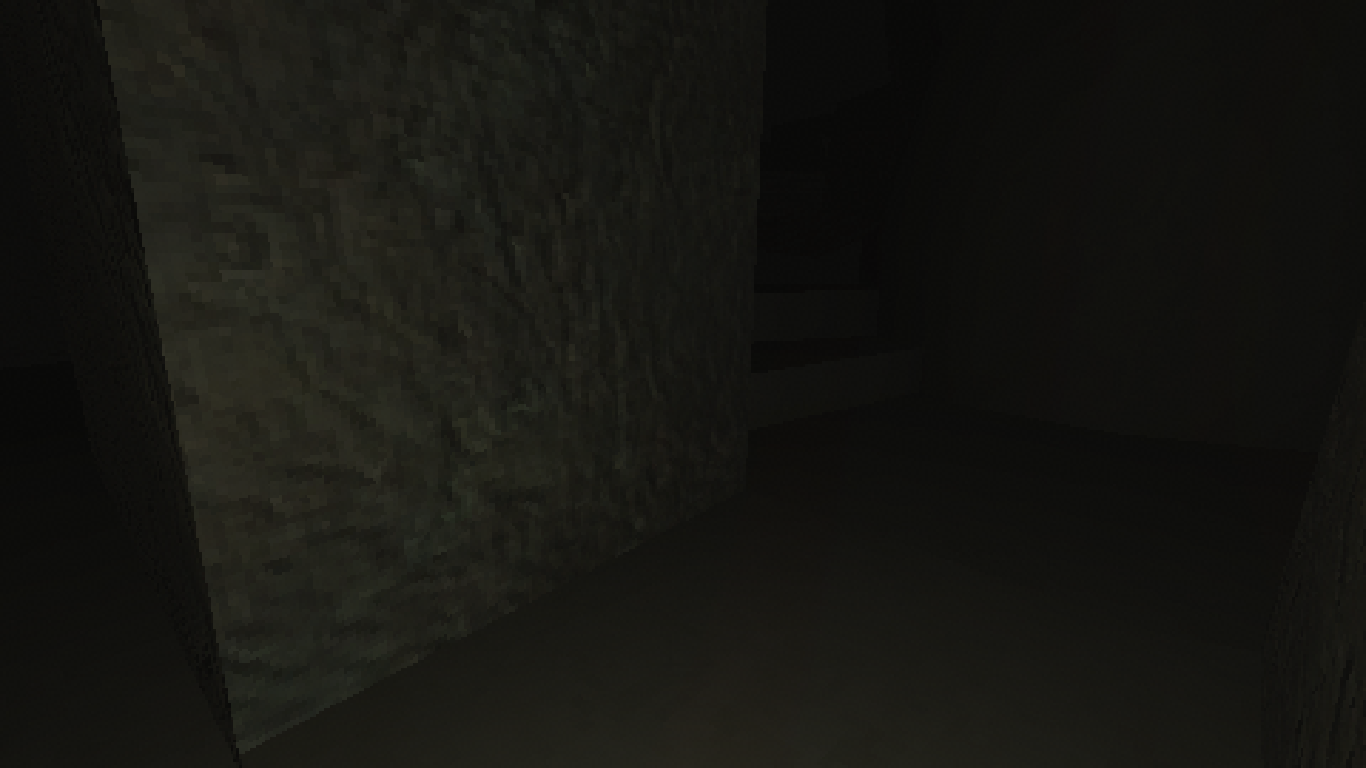 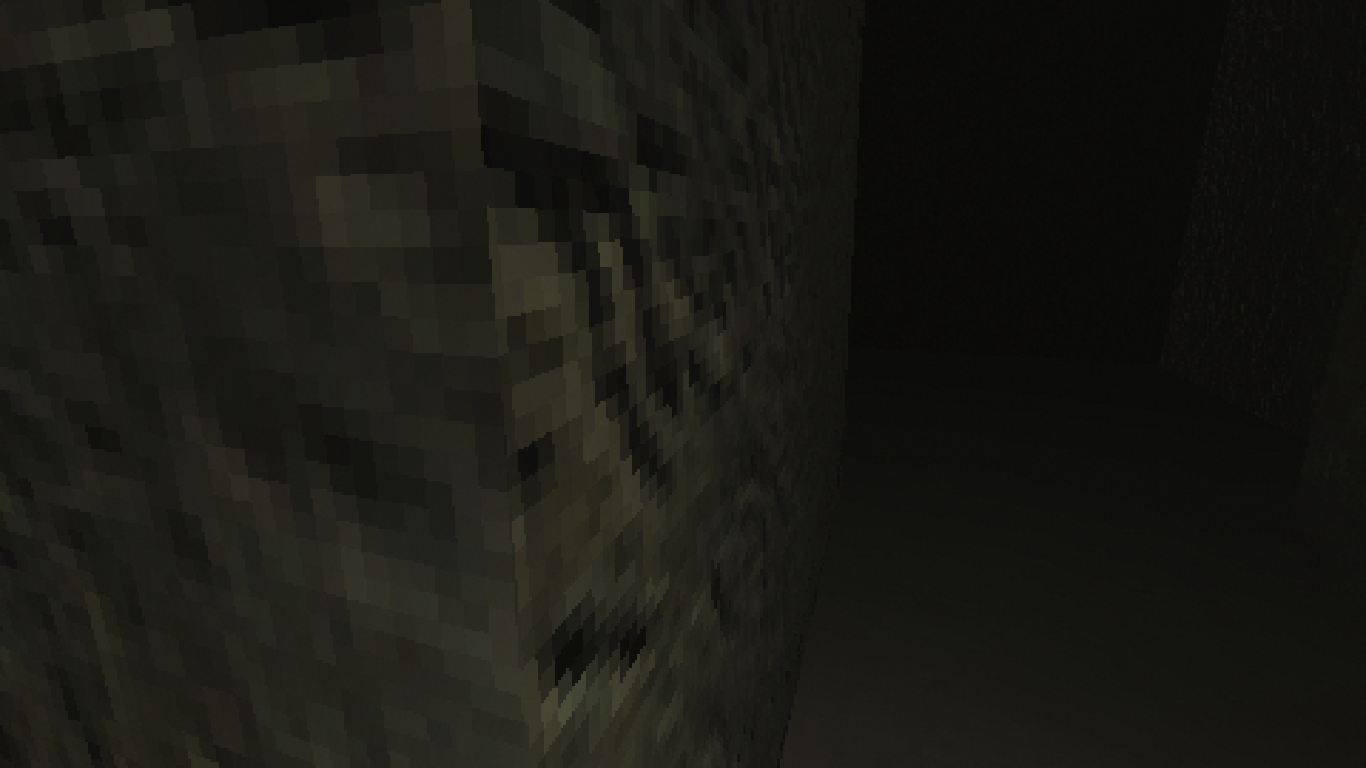 btw, loving the game so far, I already got 2 endings and now I'm trying to unlock a certain door...

thank you for the report! i will update a fix for those softlocks soon... good luck with the door :)

i'm really really enjoying the game. and am a bit stuck: i'm trying to sacrifice something to the sleeping creature in the dome, but when i try the item list is empty. does this mean i'm lacking an item to sacrifice?

yes. some sacrifices require particular objects. dont worry too much about this one though

thank you all for creating such a fascinating and beautiful game, i've managed to find 2 endings but i have the feeling there's some more to discover

How do you advance in The Subsurface? I found 3 twinworms among inner worm piles and turned those into 1 Memory of Air and 2 Memories of Silence with the disc. There is a round thingy giving me a simple speech I can imitate but it does nothing and a twoheaded worm showing me a n with dots over it symbol in a circle that I can not speech myself.

search for a secret passage... in one of the caves... there should be a familiar shape in the environment

Not quite sure how I made that walking eye worm appear on the lake but it guided me to 2 secrets passages! The one I found before was still a dead end and the 2nd with Mantarok inside I would have never found myself. Throwing around the new speeches I got from there brought me to the Annihilation ending.

A truely great experience this game was but I leave figuring out more endings to others.

Would be nice if the options menu was accessible while in the game. I had to watch the intro 3 times now because I am figuring out proper mouse sensitivity and the "Resume Quit" menu once popped up never disappears all while the game is not saving.

The game itself is wonderful. Great atmosphere and audiovisuals.

i had some trouble making quit to menu work properly because there are so many independent systems in the game, but i will add an in-game options menu in an update very soon! thank you for playing!

I'm finding it very hard to look around on gamepad. Because the right stick isn't a dedicated "look around" tool I end up walking by accident when I try to look.

I want to explore but I keep getting pulled out of the experience by the weird controls.

you can remap controls in the options menu! i will add an easy way to switch to traditional first person twin stick controls in a future update, too

I'm lost ! :D I'm in the desert cave, by the pond, made some sacrifices but I don't know what more to do...any help please ?

if you want a hint: there are more desert caves... try to search for a  secret entrance... 5 things

thank you very much  !

This game is beautiful and mysterious and has secret walls that you can walk through (the good stuff). Love the strange mood and the story. I hope to find every worm.

for the moment found two...I guess there are three ?... Been on an Island and in a submarine... I keep on searching ! Beautiful game ! 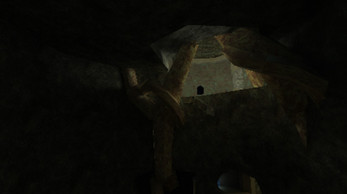 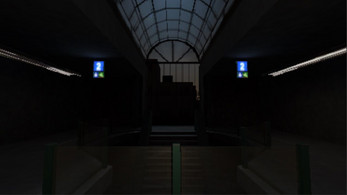 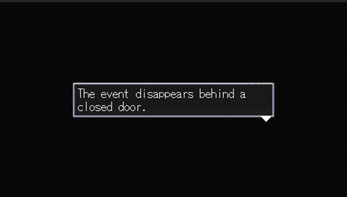